"Changes in my Life" Blog Contest

I have recently joined a writing contest, see me entry here.

Below is the list of all the sponsors for the contest, check them out:

● Everything Nice! ● News Break Online ● Fat Girl No More ● Written by Mys ●
● My Thoughts, My Heart, My Turf ● ZoWanderer ● Just the Tip of an IceBerg ●
● Just About Anything ● Blogger Manila ● Dress Up Your Blogs ●
● Certified Foodies ● Pinay Online Money Maker ● Pinay Reviewer ●

● Georyl: Blogging with my Heart ● Pop Ups of My Mind ● Blog Tactic ● Grace in Creative Life ●

● Make Money Online and Beyond ● One Proud Momma ● Lover Mushroom ● Plate and Me ● Paula's Home ● Make More Money Online ● The Miscellaneous Me ● Here, There and Everywhere ● Travels and Explorations ● Musings of Life ● Kharen's Corner ● It's Kha ● Noypistuff ● Jennyholic, Confession of an Addict ● Deej Speaks ● Techie Things ● Cups and Lowercase ● Live for Live ● Experience of a Super Mom ● Sharing my Thoughts ● Yashiro's Journal ● Table for Five ● Internet Cafe Blog ● blankPixels – The Geek Side ●
Join ka rin! =)
Posted by april at 11/08/2010 05:12:00 PM No comments:

Yep, you read it right.

Will really get serious blogging about my life and whereabouts now, what with my vision of writing well.

So come visit and maybe you can follow me there too! 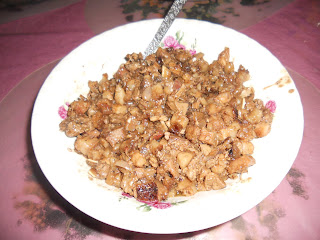 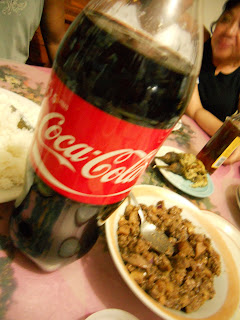 Coke stands tall and proud with our favorite meal 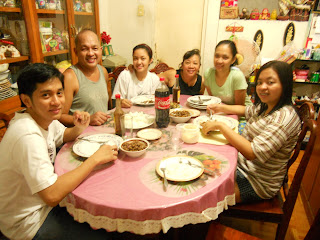 Tanggera.com, in partnership with ELRO, is giving away gift certificates to THREE PAIRS of YOUR CHOICE (either Ipanema, Ipanema Giselle Bundchen, Grendha or Rider). This contest isn't just for girls. Rider is a line for men. For guys, this is also a great gift for your moms or girlfriends this Christmas. Women appreciate a great pair of sandals!

How to Join
1. Promote this post on ONE social networking website (you can share it on your blog, Facebook, Twitter, Plurk, etc) with the title "Win pairs of Ipanema, Grendha and Rider!".
2. Answer the question "How do you pamper your feet?" by commenting on this blog post. Include the LINK to your post (on your Facebook post, tweet, plurk thread, etc) and your email address.
3. How to get links to your posts:
Twitter: Go to your profile page (i.e. twitter.com/p0yt) and right click on the time you posted the tweet (i.e. 6 minutes ago).
Facebook: Post a link to your profile (make sure your post is available to everybody).
4. One person = one entry.
5. Three winners will get a gift certificate each from ELRO.
6. Contest will run from October 13 to October 20, 2010. Winners will be announced on October 21, 2010. Prizes need to be claimed one week after, else they will be forfeited.
Contest page: http://tanggera.blogspot.com/2010/10/step-into-some-love-and-win-pairs-of.html

Why Invest on a Wallet to Thwart Pickpockets

Make SULITIZEN your word for the day

SULITIZEN
SULIT
be worthy
+
I
ako, ako ako!
+
ZEN
a flash of enlightenment
Together, sulitizen is a place whose main desire is to enlighten people like me in search for the most worthy of trades.
Example: I am a Sulit-I, and sulit.com.ph is my Sulitizen.

Promo: Win a Pair of Tickets to The Wedding Singer

Click to the contest page:
Promo: Win a Pair of Tickets to The Wedding Singer

Lasapin.com is giving away 1 pair of tickets each to 2 lucky winners. Promo mechanics below:


1.Create a blog post about the promo with link to this page.

2.Leave the permalink of your post at the comments section with your full name and valid e-mail address.

oh I am really happy.. but sometimes it doesn't show